IT work in Germany: SALARY – all industries and IT employees 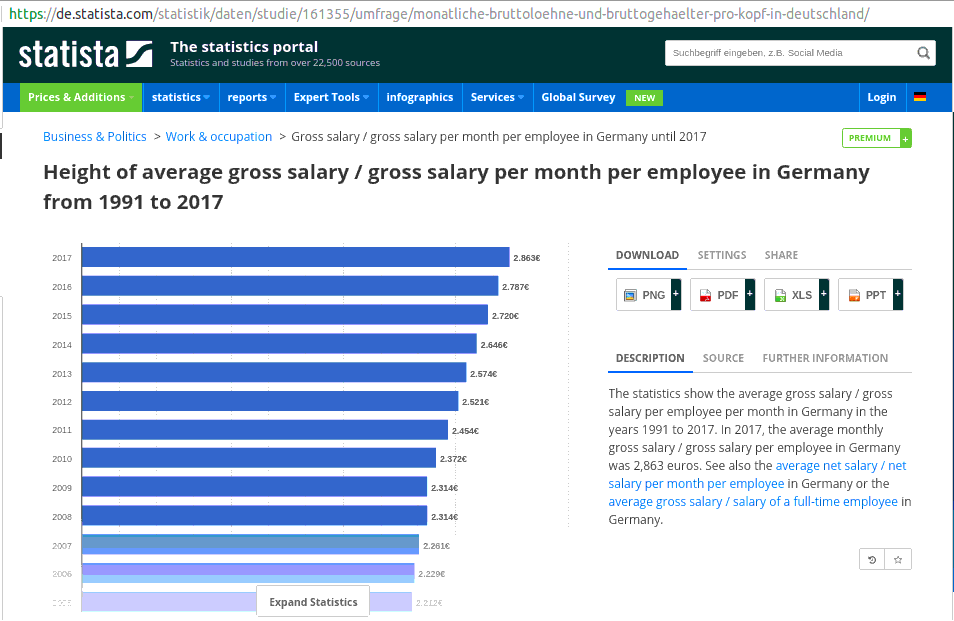 Salary all industries in Germany

According to Statista portal: 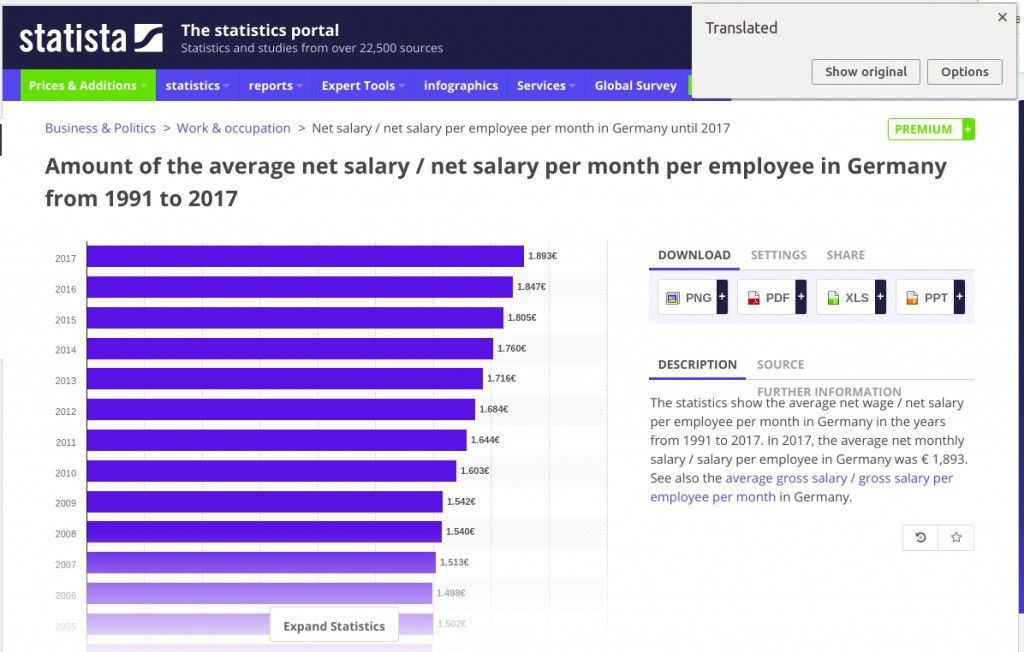 According to the federal pension insurance institute Deutsche Rentenversicherung: 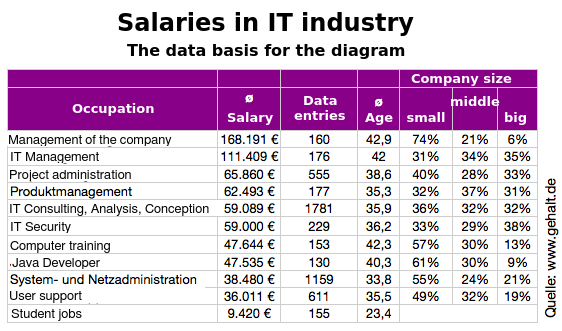 Almost 11,500 records were analyzed by Compensation Partner’s compensation specialists in Hamburg for the large payroll study for IT professionals and executives.

Among the IT professionals without personnel responsibility, the security professionals earn the most with an average gross annual salary of 74,600 euros.

SAP consultants are among the top earners with an average gross annual salary of € 72,140.

Earn an above-average salary of 68,400 euros gross per year for IT specialists without personnel responsibility.

An average gross annual salary of € 37,400 in last place on the salary scale of IT professionals.

The best reward will be a doctorate (75,900 euros) and a university diploma (72,700 euros). The Master (60.800 Euro) has not yet reached the level of the diploma, which is due to the lower age of the Masters holders. The figures are not starting salaries, but income that can be achieved on average with the respective degree.

With a bachelor’s degree young professionals come to an average of 53,300 euros per year.

With increasing work experience the salary rises as well: In the first three years after starting work, IT specialists can count on 42,100 euros, after seven years it is 54,000 euros and after more than ten years 66,300 euros.